Francis Lethem gives back to DCID through new fellowship

When Professor of the Practice Emeritus Francis Lethem first stepped onto Duke University’s campus, he did not intend to stay long.

“Bill asked me if I wanted to join his center at Duke,” said Lethem. “My wife had passed away and I had retired from the bank, so I was open to beginning a new chapter in my life. I enrolled in the MIDP certificate program. After one semester, I taught a course on international development and environmental management – to members of my own cohort.”

Ultimately, his experiences learning and teaching in the International Development Policy program inspired him to join the community.

Lethem has worn many hats since starting at Duke in 1994. Not only did he become professor of the practice, director of graduate studies for the MIDP, and DCID’s director, but he also served as co-director and board member of the Duke-UNC Rotary Peace Center. Furthermore, he has mentored countless international fellows in the MIDP program, supervising the master’s projects of nearly 100 fellows and serving on the committees of another 125. 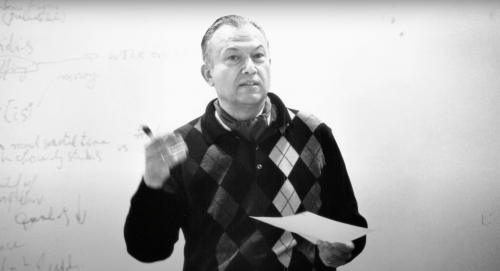 In 2021, Lethem closed another chapter in his international development career. He retired from Duke after 27 years and transitioned to Professor Emeritus status, but not before paving a way for more leading global policymakers to study in Duke’s MIDP program. He founded the Francis Lethem Fellowship, an endowment that will help provide financial support for select international students in the Master of International Development Policy (MIDP) program.

“As I dedicated my whole professional life to the cause of international development, and I probably spent my most personally rewarding years at DCID – teaching and managing the MIDP program & DCID – I had looked for a way to remain engaged after retiring, which led to the idea of financing future fellows’ studies to add to my past support for MIDP summer internships,” he added. “And when Sanford announced that they would double new contributions to fellowship endowments, it looked like an irresistible opportunity to create my own.”

Upon hearing about The Duke Endowment Sanford Graduate Fellowship Challenge, Lethem heeded the call to increase support for graduate fellowships in policy education and research. His new gift is matched by The Duke Endowment, doubling his investment. Alumni and friends may make additional contributions to the fellowship endowment in his honor.

Set up as a self-financing unit, DCID raised its funds through tuition, executive education programs, and advisory services. “Except for the establishment of the Rotary-financed Duke-UNC peace program and a recent donation for Latin American programs, DCID relied on funding from scholarships and executive programs, which required the establishment of a number of partnerships. However, fellowships often cover mostly tuition and not always some of the fellows’ ancillary expenses. This was a gap that the funds generated by my endowment will help cover,” he added.

Lethem’s contribution stems from his passion for engaging with current and former Duke MIDP fellows. “I should add that another reason for establishing this fellowship is because of my personal attachment to so many fellows, whose pictures I assembled in a big folder before clearing papers from my office. I can think of those I visited in their countries such as graduates from Antigua, China, Galápagos Islands, and a former fellow whose wedding I attended in Peru. I also fondly remember the Japanese alumni who I used to meet for dinner when I was teaching intensive programs at IDEAS and Hitotsubashi University.”

He continued, “The MIDP is a vital part of DCID. It was a conceptual pioneer in helping mid-career professionals from developing countries become leaders in development management by providing them with a holistic program in international development policy. My colleagues and I have seen a real transformation in most of our fellows who expand their original backgrounds in economics, engineering, law and other fields, and develop a critical and creative mind while learning to work in multi-disciplinary and multicultural teams.”

During his tenure at Duke, Lethem played an integral role with his close associates Jonathan Abels, Stephanie Alt Lamm and Susan Carroll on several DCID key initiatives. These included the 1+1 graduate programs with Japan, Korea, and Indonesia, in which fellows complete their first year of studies at home and their second year at Duke, the Rotary peace program, as well as in bringing a summer program for young Middle Eastern leaders to Duke.  In addition, he helped create one credit seminars that attracted experts in specialized fields who often became permanent faculty.

Lethem added, “I am also very proud of our partnership with our Public Finance Group, a team of four faculty who came 20 years ago from Harvard. Fernando Fernholz, Graham Glenday, Roy Kelly, and G.P. Shukla expanded executive training and advisory programs and established long-term relations with China, India, and Kazakhstan.” And then he continued, “But so am I proud of the key faculty who for so many years shaped the essence of the MIDP experience, such as Catherine Admay, Rosemary Fernholz, Cory Krupp, Natalia Mirovitskaia, Phyllis Pomerantz, Dennis Rondinelli, Frank Webb, and Jerry VanSant.

A humble person who often gives credit to others, Lethem noted that cohesiveness and an esprit de corps in institutions is hard to maintain, but at DCID, “we have been together for 27 years, which is marvelous. All I have done is to capture the spirit and vision of our founder, Bill Ascher. We are very fortunate to have Eddy Malesky as the director, and he has the same forward-looking vision.”